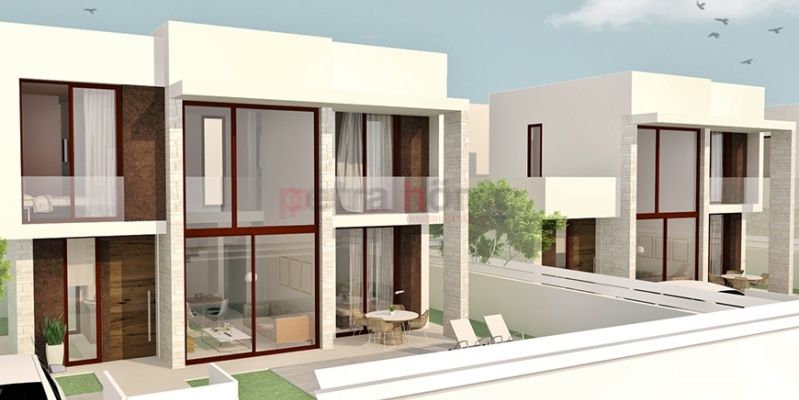 It is an open secret. After the bursting of the housing bubble and subsequent crisis, The construction in the province of Alicante is recovering slowly pulse. In this article we explain why.

2015 has left us significant recovery figures because, according to the report of the College of Technical Architects at the end of the year, developers have begun construction of 4,000 new homes in the province of Alicante. This figure, even when away from those recorded before the crisis, however, the highest recorded since 2009.

Prices have not registered large increases, so still an excellent time to buy, especially new construction properties. If you're looking for this type of property in the Costa Blanca, take a look at the Petra Hönig catalogue of properties. In this article, we bring you some clues about the new housing in the area.

It should however be noted that these new promotions that build now have little or nothing to do with those that rose at the height of the brick. The collapse of land prices and the fact that they no longer sell all, have led developers to build housing with care caring qualities.

The lower price of land, The larger constructions.

The key to this change has been the less impact it now has the cost of the land on the final price of construction. A cost that booming, could easily be up € 60,000 per home, and later, after the deep devaluation of the ground, currently stands at around 20,000 €. It is this difference that allows us to offer more for less money at the end buyer, and this is another factor that has contributed equally to revive sales.

This provides us with respect to dimensions, housing an average of 100 m² built when pre-crisis studies looked 23 m² and most of the floors were between 60 and 70 m², since then prices were prohibitive. Regarding the quality, now it takes into account parameters such as energy efficiency, finishes, home automation and accessibility that ultimately give rise to homes more comfortable.

Is relevant also the fact that the industry is now following the turbulent period of the last year, over a period of stabilization rather than recovery, since otherwise hardly figures 2004 or 2005 will be achieved.

Petra Honig is specialised in selling all kind or residential properties in some of the most desirable areas on the Costa Blanca such as Ciudad Quesada, Torrevieja, La Mata, Cabo Roig, Punta Prima, Mil Palmeras among others.

If we are famous in the region as one of the most reliable Real Estates in the region is because we treat our clients in the same way we would like to be treated ourselves. Our values are energy, agility, professionalism and expert advice always.